Their API, whilst a little smaller than I’d hoped is growing fast and imagination is often the bottleneck hence perhaps their financial encouragement to developers to publish to the Skill Store.

Having spent a significant amount of my free time over the last few years automating almost everything I can at home, I jumped at the chance for a more futuristic interface. No matter how many nicer apps and interfaces I install, my internal UX voice weeps a little when witnessing the cognitive load to, say, turn on a light:

So it’s ripe for a more natural UI, so how about voice control? Plenty of work is being done in the Smart Home skills area (a big enough topic for another post), but music being my other passion, having this aspect directly controllable was one of the first things I wanted to do. My home audio systems are all run using Squeezebox on Synology… 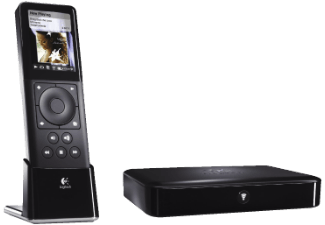 Logitech’s squeezebox, now cruelly abandoned as a product, was/is a much-loved pioneer in the Home Network Audio market. A lot of what attracted people to it (rather than, say, Sonos) is the active community and the Open-Source model. The Perl, not so much for me, but the server is very reliable and provides far more music metadata correctness than most (think: multiple tags, i18n support, good classical music support - composer, performer etc) plus reliable low-latency syncing.

In the past I’ve integrated this into Quod Libet, a project I’ve been involved in for some time, so I already had some spare code / knowledge of the Squeezebox TCP/IP API.

I chose Python 2.7: Node is too, err, well, I don’t like plain JS very much at all (though ES6 is a lot nicer). Java 8 could be good, but the JVM startup hardly suits the concept of Lambda really. Hopefully Amazon will add Python 3.x as a runtime soon.

What’s not fun is trying to say Alexa, ask Squeezebox to set shuffle on. Try it!. Go on. It’s almost tongue-twister territory. Aware this isn’t much better UX than my phone situation, I was fascinated to see whether there was scope for (ab)using the Alexa AudioPlayer Interface, to use “native” Alexa utterances. TL;DR: there is scope, I did, woohoo. It’s much nicer to just say Alexa, pause.

As soon as the lambda got bigger I realised using the Web UI was a pain. You can upload a zip, but this is a bit GUI for any “real developer”’s workflow. Enter Rackspace’s lambda-uploader(https://github.com/rackerlabs/lambda-uploader/) which is a great tool for automating this process, including support for pip and virtualenv

However it does tend to push everything including the kitchen sink (it pushes pip and dependencies themselves) - my project went from a few KB to a few MB. A fork of this and a small fix got back to the fast turnaround, and in doing so I pushed a small bugfix PR for excluding files.

Security: hard, and not always fun

On the advise of a wise colleague, I chose to use the excellent, but lesser-known stunnel to encrypt and sign this communication. It’s now running as a service on my Synology, thanks to Majikshoe’s article on using Upstart on Synology, having installed ipkg and installed the ipkg package.

On the client side, I tried doing this at a higher level, but ended up needing to get down and dirty with SSL sockets directly in Python. Gnarly but fun, and I learned a lot in the process. This did mean I had to ditch any existing libraries for Squeezebox (pylms) as there would be too much hacking necessary to swap out the telnetlib dependency.

Overall this architecture feels like the right way to go for my situation, yours may of course vary. Others have / are approaching similar problems (connecting Sonos or Squeezebox to Alexa via The Cloud) in varying ways:

Well, the plan is:

I get that it’s not a viable or user-friendly setup, but I’m confident the combination of security, low-ish latency, and native utterance support is an attractive proposition. But seeing it written down reminds me it was harder than I thought…